There Was An Earthquake Today 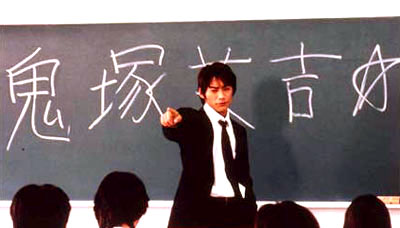 For those of you who do not know...
For the last 5 years I have been sponsored to be sent overseas & trained as the Malaysian English teacher of the future!
The last phase of my induction is to pass the evaluation that will be carried out during a 12 week practicum at a local school.
My practicum start on Monday where I will be reporting in to SMK Puteri Titiwangsa as a "Teacher Trainee".
I'll be going with Shawn, Nesa & Aimi.

Today, we had some free time after our briefing in the morning so we decided to look for the school & some wise guy suggested that we also drop in to greet the teachers (which I consented to reluctantly).
The school in Titiwangsa was about 10mins drive from our apartment in Lembah Pantai. (traffic jam not included)

It looked like just about any other Malaysian school...
Except there was a near fatal overdose of estrogen...
Both in the teaching team & in the school student population.
Which may not actually be such a bad thing for me...
hehe~~

One thing that really impressed me about the school was that the teaching team were very friendly, helpful & efficient!
Teacher after teacher introduced themselves & gave us words of encouragement.
They have also prepared the classroom arrangements & documents for us before the actual date we were supposed to report in!
What a pleasant & welcome surprise!

As we were taken on a mini tour of the school...
Guess what we found as we walked past the Form 4 Science 1 class (supposedly the best class of Form 4)... 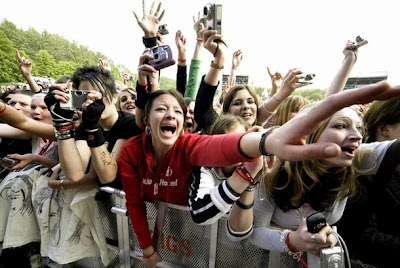 It started with one voice.
Then 2 or 3 joined in.
Then 2 or 3 more.
Soon the whole class turned into a choir.

The lovely piece they sang was composed of a single syllable with a surprisingly long vowel.
It sounded like "aaawwwwooooooooooooooooooooo!!".
The amplitude of the volume increased in a crescendo.
At the peak of the crescendo, the sound of drums were added for stronger effect.
Just when you thought the climax of the song was nearing an end, rumbling sounds & stomping sounds were added to sustain this orgasmic delight.

The rectangular drums that also rumbled were custom made from wood & stood on 4 legs.
The stomping sounds were produced from white sneakers forcefully pushed into the ground.
What a wonderful symphonious performance from the class!

hmmm...
Interesting school...
I wonder what will happen on Monday?
School