Showing posts from March, 2010
Show all

I Will Not Be Subdued 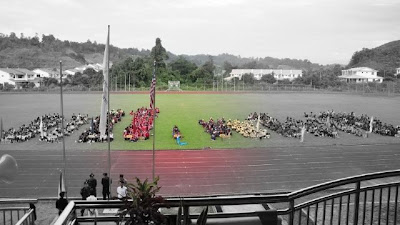 For the past 2 days I had the privilege of photographing the MSS Kapit inter-secondary school athletics tournament organised by SMK Selirik.
The primary schools had their inter-district athletics competition at the same time.
The weather was good & overall the event was pretty successful.

However, I did end up being escorted off the field. Not once, but twice!
Apparently, only SMK Selirik photographers were allowed inside. Not even the photographers from the Kapit Photography Club were allowed in. Esp not this measly unknown teacher from who cares where.

I think this is somewhat ridiculous. Sporting events like these need publicity. Esp when Sarawak is in dire need of talent to boost their lacklustre athletics performances.
I never got in the way of any event & I only spoke to my students. I only did so to ask them when they were on so that I could take their pictures for the school magazine.

When I asked if there was a person I could speak to for a pass, I was told by my esc…
12 comments
Open Full Post »

Will Pay For New Blog Design

- March 19, 2010
This blog is more than 3 years old & as long as I can remember it's been the same ol' cool simple unpretentious black template you see right now.
I believe it's time for a change.

Any graphics design or website design students or just about anyone with the creative know-how want to make a buck & have your name etched at the bottom of the blog of a talented writer?
I'm not a cheap person. Nor am I easily satisfied.
If you do a good job, I'm willing to reimburse you accordingly.

- March 13, 2010
I wanted to write a different blog post this weekend but I'm all pooped up from a Leadership Camp I have to take photographs of since yesterday afternoon.
I slept at 3am this morning and woke up at 5.30am.
I took power naps on a chair throughout the day when there was nothing going on & esp when ppl weren't watching.
Yes, laugh at me all you want you other teachers who are able to enjoy their holidays immediately.
Honestly, I'm too tired to care.

It's a Leadership Camp for the Prefects, PRS & Monitors of my school.
I'm so exhausted, even thinking is a chore.
I want to lie down.

Camps are tiring for the students & facilitators but even more so for the lone photographer who is alert and constantly on the lookout for the best shots.
He has to walk around and run around to get a good frame.
He has to fine-tune his camera settings in a split second to adapt to changing lighting conditions.
He has to time his shots exactly when the subjects are most presentab…
5 comments
Open Full Post »

Ever Wondered Why I Get Paid More Than The Average Teacher? 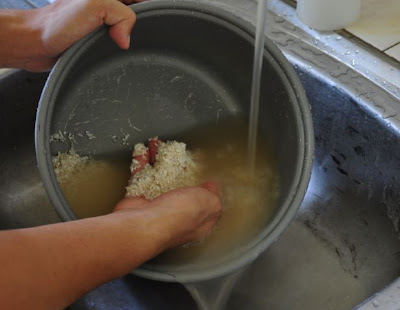 I have been 'blessed' by the heavens to receive RM500 more than many of my fellow teachers in Malaysia.
Here's why...

taken from deadzones.com My workplace is so splendid
Once you’re there life’s ended
Mobile reception is retarded
My girlfriend thinks she’s mistreated

taken from piercemattiepublicrelations.com Buy her a present coz your money isn’t spent
Make sure it’s big and shiny or she’ll resent
What? Getting paid and still I lament?
Hmm… Perhaps it’s time for me to repent
18 comments
Open Full Post »
More posts