Showing posts from July, 2015
Show all

A Lecturer from Japan Speaks At SMK Katibas 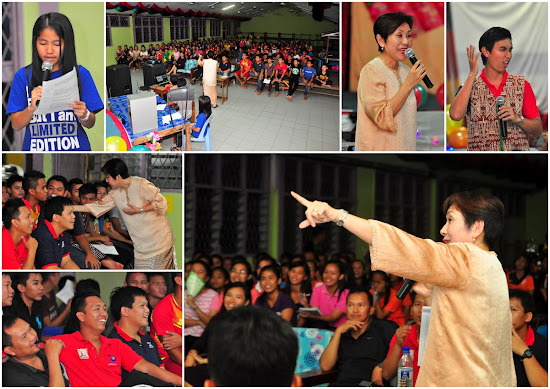 In July, Dr Kumiko Date from Tokyo, a lecturer of the Japanese language at the University of Malaya, visited SMK Katibas to meet & deliver a talk for the wonderful children at my beloved jungle school. She had only been in Malaysia for 3 months when she embarked on this adventure to the hinterland of Borneo. All because a colleague showed her this which moved her.

She wanted to meet me & my students. I found a perfect speaker to inspire my students. We exchanged emails & she agreed to visit my school & deliver a talk to all the students. In turn, we provided her with food, lodging & a once in a lifetime experience.

She came at little to NO COST to the school. Not only did she pay for her own return flights from KL to Sibu (during the peak-priced Raya season), she actually bought Pilot pens, super cute erasers & origami paper from Japan & had it shipped to Malaysia for each of my 350+ students! What an unbelievably generous soul!

Pictures Of My House In The Jungle 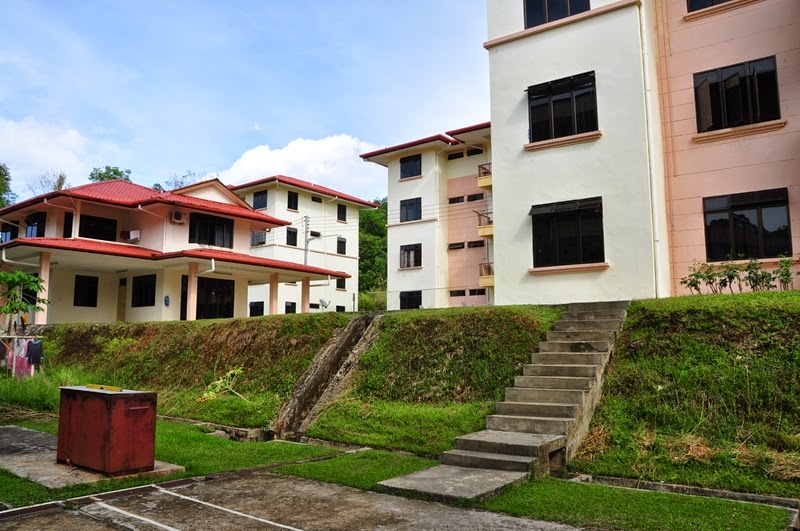 If you want to be a teacher in Malaysia, you can expect to be placed in a rural or remote school for your first posting just like I was. But it doesn't have to be a complete torture. It's actually a wonderful opportunity to experience the best part of being a teacher = changing lives & making a real difference. Believe me, there is no greater sense of satisfaction than when you see a child you've worked with so hard & so long excel in their examinations. There are no tuition centres here so you can go to bed with a smile knowing that the achievement has it's roots in you. Let's not forget the beauty of nature & the fresh smog-less air.

When I arrived here many years ago, I knew that I had to root myself at the school for at least 4 years in order to see the change that I can make in the school. That's exactly what I did. I didn't run off home every weekend like some of my colleagues did. I stayed back some weekends to spend time with the childr…
2 comments
Open Full Post » 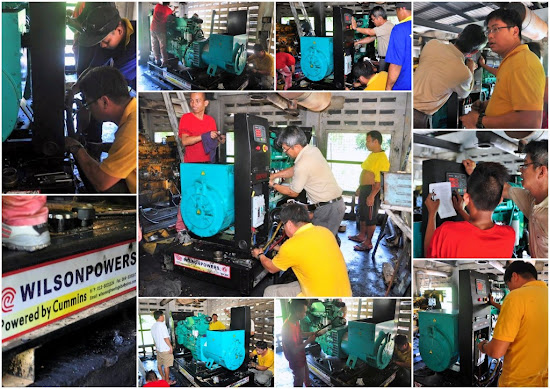 With great pleasure, I would like to announce that there is currently 24 hours of electricity at SMK Katibas!

How To Reward The Brightest PT3 Students & (Hopefully) Uplift A Community 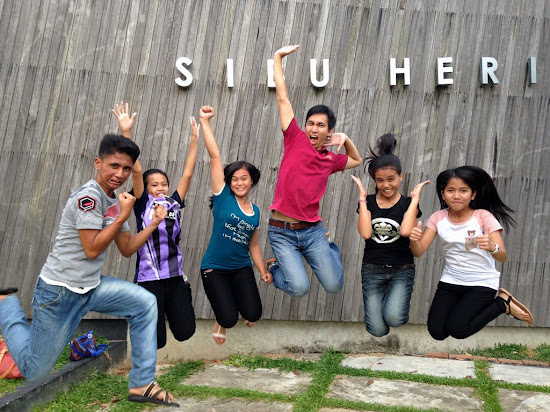 Last weekend, I brought 5 top-performing PT3 students from my remote school on a trip to Sibu as a reward for their diligence in the exam. At the same time, my hidden agenda is to influence them to think bigger for themselves & also for their rural Iban community. A trip to Sibu might not be much to many of you reading this but to my students from extremely humble backgrounds in ulu Song, it is likely the equivalent of a trip to Singapore for someone from KL.

When I first started running this programme in 2011, it seemed to me like just a simple reward for students who achieved As for English PMR. But, it inspired them & the subsequent cohorts to work hard for an A in PMR English so much so that I decided to do it again in 2012, 2013, & 2014. The As just kept coming! Also, we were soon getting our first PMR 8A students so I decided to up the ante with a trip to Kuching for them in 2013 & 2014.

How Your Students Can Study At Oxford University @ Leaps Of Knowledge 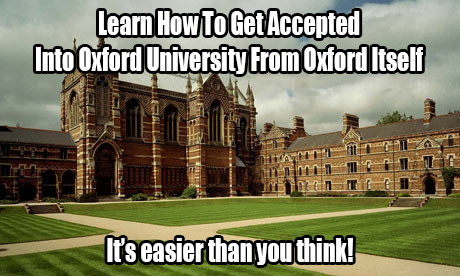 Disclaimer: To keep the blog running, I have received monetary compensation for writing this blog post. Nonetheless, this is still my honest opinion & I will only write about products or events which are beneficial to you, my readers.
I was pretty excited when I first heard of this conference. Since it would cost too much to bring even one of my students to this event, I wanted to attend myself so that I could coach my students & share with the teachers I'm mentoring. Alas, I've got a super fun programme planned at school which will take up that entire weekend.

Therefore, I'm sharing about it here so that you have a chance of getting your students there! They'll get a nice certificate too. Lucky accompanying teachers might be able to sneak in, soak in the intellectual atmosphere & return speaking like Arry Potter. If you do attend, do share what you've learned with little ol' me!

How I Proposed To My Wife 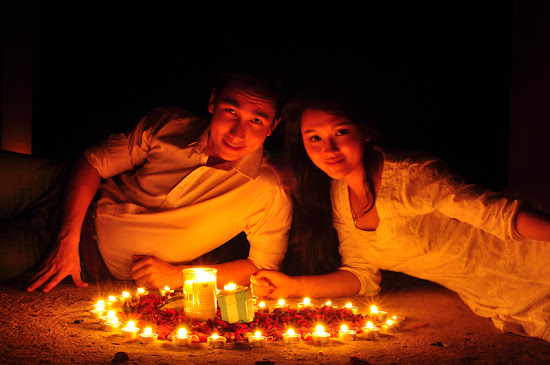 On 7 May 2015, I proposed to my girlfriend, Michelle "Noelle" Ng. This is the story of how it happened & how I came to the decision. It's full of ups & downs, mystery, romance & drama: a story worth telling.

I'm sure that when you look at the date, you'll remember that it was during the power outage at my school. You see, I was at the lowest point in my career. At that time, I had just written a viral blog post &, after the ensuing media frenzy, I was deeply disturbed at the possible consequences. Having worked so hard & given so much for so many years in the jungle, I was distraught at the thought that it could be dismantled & discredited in an instant by the powers that be. It was so bad that I had sleepless nights & emotional breakdowns. 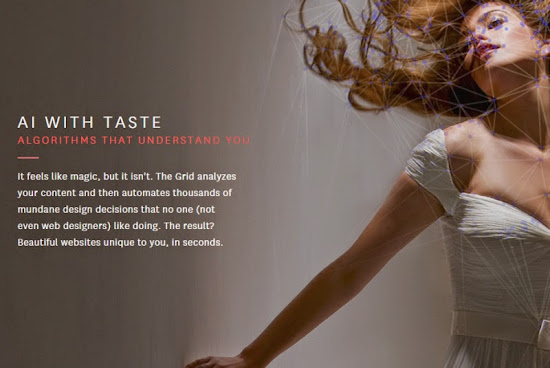 **Update** DO NOT PURCHASE THIS COMPANY'S SERVICES They have over-promised & under-delivered. I will not be renewing my subscription with the company. When I have time, I'll show you what their horribly amateurish website builder functions.

I first learned about The Grid from a video interview of Startups To Watch during the 2015 Social Media Week in New York. I was immediately attracted to it because, for a long time, I have been wanting to modify the design of my blog &, until that point, I was still willing to pay for someone to do it for me. Thank God I didn't because I might not have the know-how to modify my blog post-designer! At the pre-launch price of $8/month for life (after launch: $25/month), it was a good bargain compared to the hundreds I had to pay for one-off work by a website designer.

Still, it sounded too good to be true so I looked it up first. Firstly, I looked for any information on whether it was a scam. So far so good. Then, I checked the re…
Open Full Post »
More posts