Showing posts from August, 2015
Show all

I Was Awarded A Fulbright Graduate Program 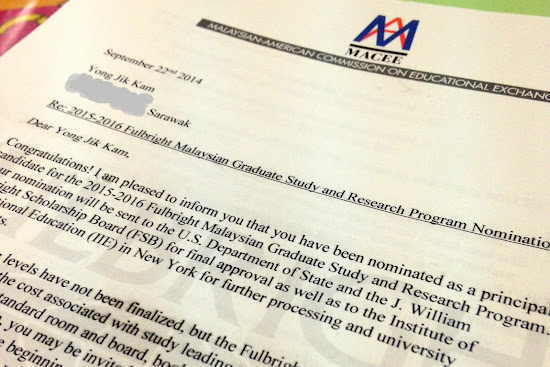 2 weeks ago, I wrote about leaving the jungle school. I didn't have time to write about why I was leaving because it has been a hectic 2 weeks since then. Today, I'm finally able to find a breather to write & share. So, here it is... The reason I'm leaving is to pursue a masters degree in the US sponsored by the Fulbright Scholarship Board.

In this blog post, I'll share about how I got the scholarship & encourage you to do the same. Seriously, if a mere teacher in the middle of nowhere can do it... ANYBODY can. 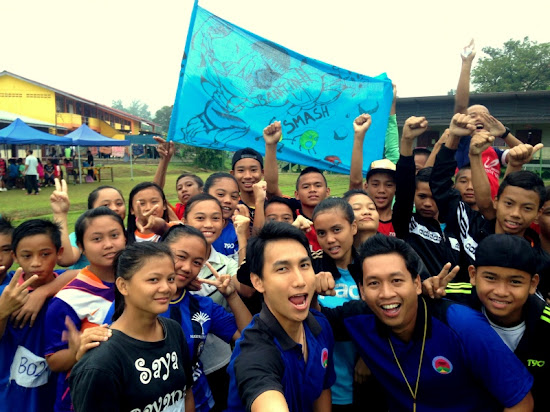 During the boat ride back to school this evening, all that I loved about this place became even more intense. The sound of the river water beneath the boat was crisper. The looming trees looked greener. The bright blue sky looked clearer. As the boat surged forward, fresh air washed upon my face & tasted sweeter. The birds chirping in the evening were even louder. Deep in my heart, I cherished every moment because this might just be my last boat ride to SMK Katibas.

This is indeed my last week at the jungle school. I was putting off writing about this because I didn't know what to say & I didn't want to deal with the emotions. I kept myself very busy these last few weeks running programmes & having a lot of fun with the students. (I still have 2 more programmes I haven't blogged about so stay tuned for that.) I wanted to make my last moments count. Maybe I was trying to make up for leaving them.

As much as I want to leave & aim higher, I am deeply attached …
2 comments
Open Full Post » 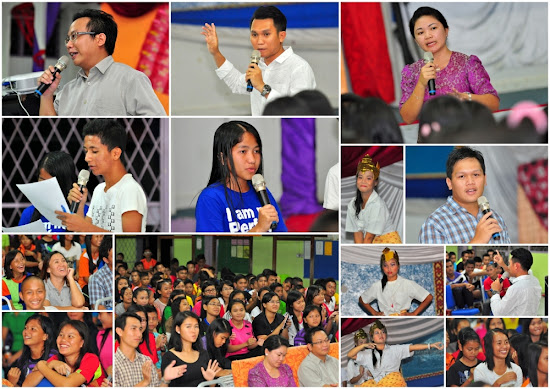 Last weekend, 2 Engineers & 1 Kolej Laila Taib staff member came to SMK Katibas to conduct a motivation talk & an engineering workshop for the students at no expense to the school. Mind you, they had to make use of their annual leave to make time for this programme so I was extremely honoured to receive them. Despite having really successful careers, they were all very friendly & humble as well as involved with a lot of volunteer work with NGOs. This is exactly what I want my students to be in the future.

After reading about the Japanese lectuer's visit to my school & the lack of Iban role models for the students at my remote school, Devebra decided to pull together her professional Iban friends & see who was interested in volunteering their time for a programme at my remote school. 2 really impressive Iban engineers answered her call & the rest is history. This is the first time I've invited Ibans to my school! Sarawakians are usually not so keen on v…
Post a Comment
Open Full Post » 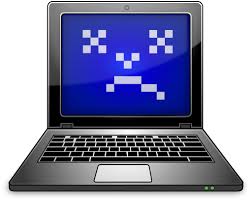 Last night, I left my Asus N61j (bought in 2010) on overnight for the lengthy Windows 7 to Windows 10 free update. The update downloaded quietly in the background & a window appeared early last night informing me that it was ready & prompting me to install it. Since I depend on this laptop to get work done, I didn't want to have my current system configurations messed with (like the many horror stories I've heard about Windows 8.1) so I wanted to delay the installation. Unfortunately, I clicked wrongly & ended up at the point of no return. The installation was confirmed so I restarted my computer to allow it to happen. It took a really long time so I left & went to bed.

When I woke up the next morning, I was excited to try out the new OS. I moved my mouse & wondered why the screen was still off. I pushed the power button & restarted the computer. There was a new Windows loading screen but after that... nothing. I restarted again... same thing... nothin…
Post a Comment
Open Full Post »

How I Removed A Windows Login Password via USB

Not too long ago, I asked for old laptops to be donated to the English Language Society at my school. We wanted to flood the school with printed media produced by the students for students but couldn't because the computers that we used in the past were damaged by the unstable current produced by our old & dying generator. This is usually how many electrical equipment at our school end up & why I use a regulator at my jungle home. Thankfully, we have a new generator now.

The Facebook post was shared by a large group of people but I have yet to receive even 1 message from a prospective donor. Disappointing. However, the need was too great for me to stop there. So, during the Raya break, I returned to my hometown & asked around. I found an old 2008 Dell Inspiron 1525 which used to belong to my sister which was passed on to my brother who passed it on to my mother who forgot the password. We have a new computer at home so I asked for this one to be donated to the school.

A Review of Mosquito Coils In The Market 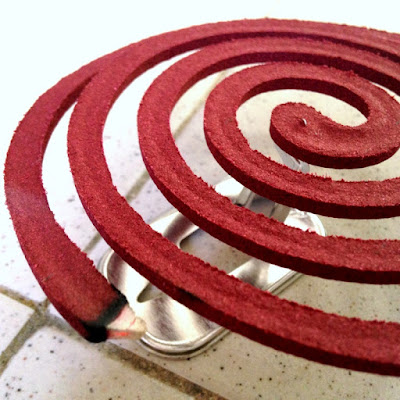 Remember when there was completely no electricity at my school? It happened during the dry season so the nights were really really warm & hard to sleep with the windows closed. Why close the windows you ask? Because if you don't close the windows, the savages from the jungle will climb in & suck your blood! Literally! I'm talking about swarms of mosquitoes gang-banging your skin & leaving you with clusters of chickenpox-like bumps on your skin in the morning! These guys even bite through clothing!! The itchiness that ensues will practically ensure that you never have a good night sleep.

In order to keep those monsters at bay, I had to go really low-tech. I eventually experimented with mosquito coils. There are so many in the market & I thought that all of them worked the same since they had the same basic ingredients. I was wrong. They had different effects on the mosquitoes & the environment. Some were very uncomfortable to use.