- June 13, 2006
Oh, ur a soccer fan?
So am I!
Wad?
u wana watch the World Cup?
Do you have Sky satelite TV?
No?erm... well... too bad...
Being a soccer enthusiast in Wellington is like being a carnivore surrounded by vege...
vege = rugby (it's tempting but just nt appetizing)
You need to go to specific places or make special arrangements to get ur meat boost...
this usually = spending more money to have meat than vege (arranging for Sky TV & going to bars)

It's the World Cup and gona are the days where you can jz go to ur local mamak (Indian-Muslim) shop & watch it on the big screen while munching on some really good and cheap "Malaysian cruisine."

Here in Wellington... u gota go hunting for meat! World Cup games are usually on at 1am, 4am & 7am. It's the early morning & u gota walk around town and look at the little chalkboards they put up outside the local clubs/pubs... they only play the games they write down on the chalkboard... n tat is usually the 1am games... so where do you go for the 4am & 7am games? Italy vs Ghana was this morning at 7am. I wanted to watch it... but where can i?

I left my home in search of a place at 6.40am braving cold & damp high winds... went to the sport bars first... CLOSED. As well as everything else in town except for the coffee shops... WHERE SHALL I FIND MY HEAVEN?

On my way back to my warm and comfortable bed... I remembered a sign outside a student pub i read while passing by before the world cup began... 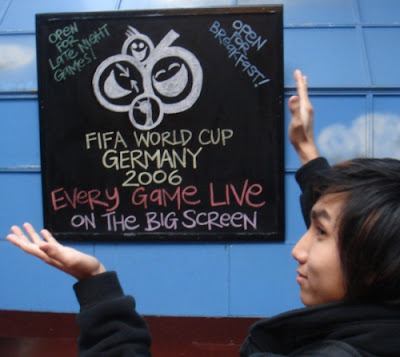 I FOUND MY HEAVEN!!! 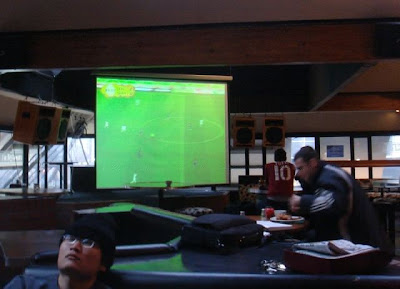 The breakfast here is quite good as well! 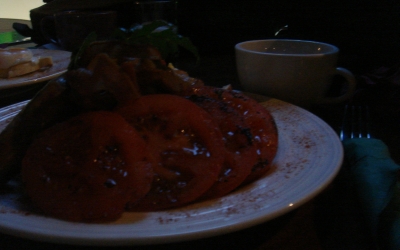 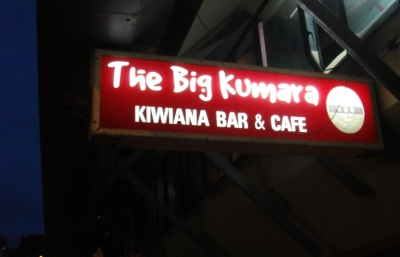 It was a tough game for both sides as both has plenty of chances. Italy did very well in creating chances but couldnt seem to finish; the shots were usually denied by the hands of the goalkeeper or the goalpost. Ghana had a LOTS of easy chances of their own... but they screwed it all up very badly; many of them fired badly off target.

However, Italy deserve the win because they really did out-class their opponents with their creativty & good finishing. The Ghanaians had really good ball control and teamwork but they did not create much. They relied too much on long shots.

The first goal came from an unexpected Andrea Pirlo long shot from right outside the box into the corner of the net. It happened so fast... Totti passed him the ball from a corner, Pirlo lightly touched it to his right, took a look at the goal... then, WHAM! GOAL!
The second goal came from a Ghanaian defencive mistake. Vincenzo Iaquinta intercepted a weak Samuel Kuffor back-pass, dribbled past the keeper and let the ball roll slowly into the goal & securing Italy's win. 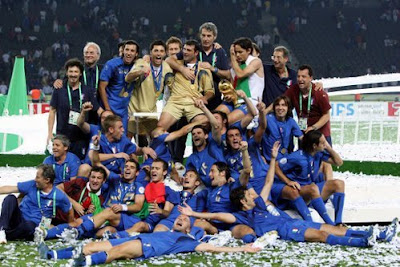