Day 1 - From Wellington To Christchurch

- June 22, 2006
On day 1, we woke up to a beautiful stormy morning...
Our early morning ferry trip was delayed until further notice because the waters were too rough... We hada choice of going early next morning or in the early evening...
we choose evening!

the rain stopped in the late afternoon around 2pm, by then the guys were already ready to go... jz waiting in Cumberland for 4pm where we wud get into the car, with Elynn as driver, and be on our way. 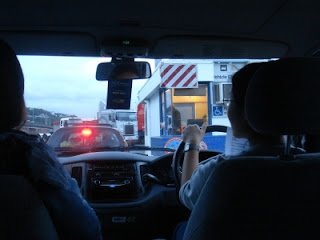 Having checked in, we were just sitting there waiting for the ferry to arrive from Picton.
Not knowing that we had to sit through a century in our Toyota Estima just to see the sight of the gigantic ship! 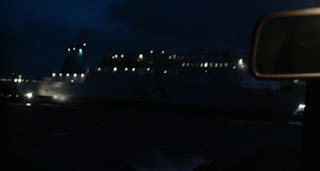 So Nesa, Guna & I aka the backseat club (named after the infamous jacket of Guna, "the backside club"), decided to burn some songs from my laptop, which i brought with me on my trip, onto a few CDs so we can listen to it during our journeys around the South Island.

After finally getting on the ferry, we parked the van, made sure the handbrake was set & the doors locked, before moving on to the passenger areas of the ferry. 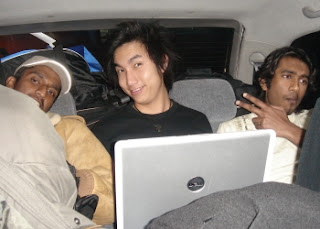 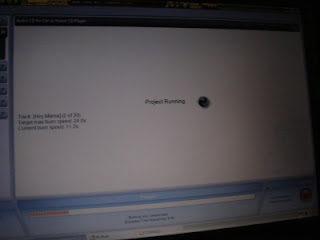 The Aratere is not as big a ship as i thought it was...
thou it certainly looked big from the outside, the passenger area is limited to only two decks, a golden lounge & a standard area.
And as you would expect from tourists, we went all around the place looking at everything & taking all sorts of pictures.
But after a few hours of our 6 hour trip, we spent the rest of it sleeping on upright seats you see in the next picture. Not very comfortable... but it does the job.
Anyways, the rough waters seriously made the whole ship go up & fall down so often that i felt too sick to move around. 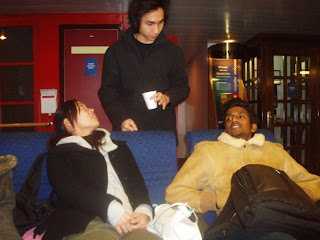 After our loooooong ferry ride, we set off with Elynn as driver from Picton to Christchurch.
It was late at nite so everyone was sleeping except Elynn the driver & Christie the co-driver.

Half way to Christchurch, there was a switch of drivers. I took over as driver & Nesa as co-driver! YAY!
Dont worry, we didnt crash the car... we did arrive safely in Christchurch!
I'm such a good driver! hahahaaha!
Stay tuned for more! 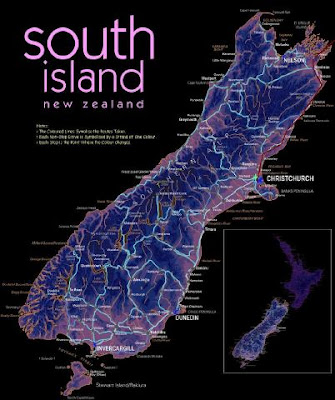 In The Next Episode:
Day 2 - Christchurch
Actually, I was never able to finish this series... so I'll leave it as it is!
=)
Travels