Will Climb Windows For Food 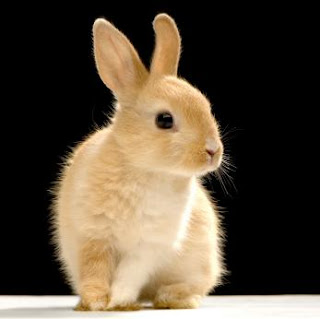 Once upon a time, there lived a young rabbit named Yellow.
Yellow had just finished a degree at Rabbit University and decided to be a teacher so he could help the children in Farmlaysia to learn & love the English language.
He was immediately accepted & sent to a school in a magical forest.

Upon arrival, he met all the farm animals who staffed of the school.
There were hornbills, hamsters, guinea pigs, cats & other rabbits too.
Everyone was very friendly & Yellow wanted to form good relationships with every one of them.
Yellow was very excited & he couldn't wait to make a difference at the school.

The other rabbits were the friendliest to him. There were 3 other rabbits teaching at that school, Copper, Navy & White.
Yellow went to live in the same house with Copper & was next door neighbours to Navy & White.
On his first week, they prepared him dinner & they spent a lot of time together getting to know each other.

Yellow did not have a fridge at his house to keep his carrots fresh so Navy & White left their door unlocked so that he could enter their house to use their fridge at any time.
During the weekends, Navy would even take him to his home at the nearest town for some RnR & shopping.
Soon, the 4 rabbits bought a washing machine together which they put it in Navy & White's house.
Yellow was very thankful to have made such wonderful rabbit friends. 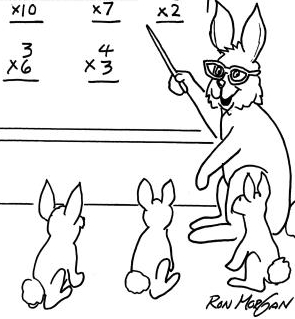 On Yellow's first day as a teacher, he met the principal first.
The principal was a rabbit too like Yellow, except he was bigger, older & wiser.
The big rabbit explained to Yellow what was expected of him, which classes he would teach & what should do with them.
Yellow liked the big rabbit because he thought that he cared a lot for the little student animals & was a very hard-working rabbit. He wanted to learn from the big rabbit.

One day, the big rabbit told Yellow that he would be part of a school magazine committee.
Yellow was very delighted to find that he was going to work as assistant chairman under Navy who was the chairman & also whom he considered as his best rabbit friend.
Over the next few days, they talked a lot about what they wanted to do with the magazine.
Navy declared that he wanted that year's magazine to be better than the previous year's & Yellow was very happy because that was what he wanted too.

During their first committee meeting, Yellow noticed a change in Navy's demeanour. He was not his friendly self & was very fierce.
He did not have an open discussion with the other committee members nor did he try to inspire them.
He told them what to do with an angry face & fierce tone.
Yellow did not understand this & he felt deeply disturbed, but he kept things to himself because after the meeting, Navy was his normal friendly self again. 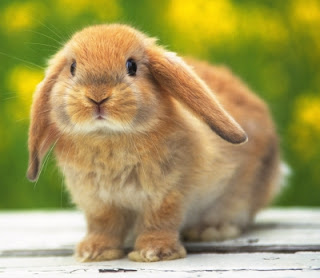 Little did he know, soon he would be a target for such coldness & harshness.
One day, out of the blue, Navy & White refused to speak to Yellow or even look at Yellow.
They ignored him when he wished them good morning & they even put on an extremely unfriendly angry face every time they saw him.

They treated him like an unworthy piece of dirt & he felt really really guilty & bad about it because he looked up to them & really liked them.
However, he did not understand why they did this to him & he dared not ask them why.
He tried asking Copper but Copper just played dumb to it.

The worst part of it all is, he still did not have a fridge at home so every time he went to get a carrot for his meals, he had to endure their silent wrath & angry faces.
Also, when previously they would leave their door unlocked, they would lock it now. After a long day at work, sometimes Yellow had to climb windows to get food for his hungry stomach.
Soon, they locked their windows too so sometimes Yellow had to skip meals.
Despite all that they did, Yellow still felt kindly about them & tried to rationalise their actions.
However, he was too afraid to ask them why they did this to him or ask them to please leave their door unlocked.

Yellow would face the same kind of treatment when he went to use the washing machine at their house.
He felt like he was stealing his own food & illegally using the washing machine he had paid for.
He had a horrendous life as a beginning teacher.
Yellow was very confused, how could they be so nice to him & then suddenly be so cruel?
He feared them for some time.

Their emotional absence in Yellow's life was not an end to his social life.
He made friends with every animal in the farmhouse school.
He dined with the other animals, made merry with them & formed relationships with them.
For a long time, he suffered silently. Not telling anyone but God about what was happening until he could understand what was going on.

When it came to the school magazine, Navy never bothered to have another meeting after the first one. Even when he was constantly asked by Yellow when they would actually start working on the magazine. He would look annoyed & unconcerned before promising to do it soon.
He never got around to doing it so Yellow felt that as the assistant chairman, he had to step in at the absence of the chairman.
Through a lot of hard work & late nights, Yellow managed to finish the magazine with the help of the committee members.
However, he was very unhappy at how irresponsible Navy was. He was so positive & made so many promises in the beginning, but, in the end. it turned out to be nothing but empty talk.

Yellow never did understand why they treated him such.
Neither did he want to anymore.
Yellow bought a new refrigerator together with Copper & enjoyed many hearty meals without needing to go though the valley of the shadow of death.
Yellow still went to use the washing machine though because it was his right. He paid for a quarter of it & he was promised the freedom to use it.
He got used to the coldness of Navy & White while forming better relationships with the other animals & with Copper of whom he is very fond of.

Still, he remembers how wonderful Navy & White have been to him during his first few months & is still willing to forgive them & accept them back as friends.
But, he will not take the first step. They have hurt him deeply & put a big black blotch in his initial teaching experience.
They were the ones who started treating him warmly & they were also the ones who started treating him coldly. Perhaps that negates their initial friendliness.
However, Yellow still greets them good morning every day with the hope that they will start treating him warmly again.