How Many Mosqitoes Do You Kill In One Week?

I absolutely hate mosquitoes.
There is no insect in the world I hate more than the buzzing little pest that discreetly sucks your blood & after satisfying her lust, leaves a "Mozzie's wuz here" on your skin for you to scratch on. (No sexual innuendo intended.)
I loathe them. But they love me.
Seriously, I'm the mozzie magnet. My friends would sit close to me so that the mozzies will bypass them & suck on me instead.
I've always wanted to be a chick magnet but it seems I've attracted the females of the wrong species.

Whenever I see one of them flying around, I get into a frenzy.
I'd get into a clapping position & home in on these b**tards like a missile.
I'd clap away until I've killed at least one of them & then chase the others until they've escaped or I've squished every last of them.

One day, after killing 5 mozzies naked in the bathroom during an afternoon shower, I asked myself...
Who is actually winning the war?
How many mozzies do I kill in a week?
How many times do I get bitten in a week?
So I started counting 7 days ago. 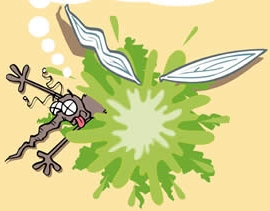 There's nothing more satisfying than taking the life of a mosquito.
Last week, I killed 15 of them. My best day was Monday (6 kills). My worst day was Saturday (0 kills).
Not too bad, eh? 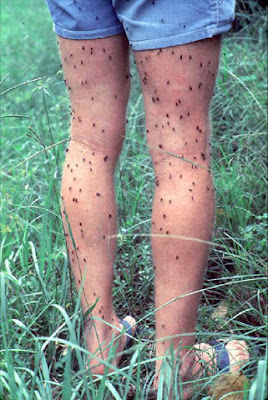 However, I was fighting a losing battle.
There was often too many of them for me to kill or repel. I was often overwhelmed.
I got bitten at least once every day (especially when I was sleeping! Sneaky b***tards!) for a total of 20 noticeable bites last week.
I got bitten the most on Tuesday (6 bites) when it rained & the mozzies woke up early to play. 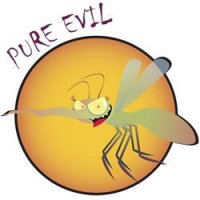 I asked God why He created mosquitoes & he just laughed.
Why wouldn't he?
I bet I look funny every time I stare seriously into empty space & get into that ridiculous clapping position.