- April 13, 2008
In a previous post, I told the story of an abandoned and pregnant female being accepted into my apartment & cared for by my housemates.
She gave birth to 5 kittens.
However, she soon became a threat to the welfare of her kittens...
She never let go of her old partying ways... not even for her children... she was constantly out late looking for one night stands, feeding scavanged food to the kittens & bringing back fleas.
She was even eating the food we allocated for the kittens!
She is as bad a parent as Britney Spears is!
**tisk **tisk

After the kittens were old enough to have solid food, we decided to break the bold between mother & child.
2 weeks ago, the mother left for her usual "night out" & we prevented her from coming in.
She hasn't returned since & the children have became stronger.
Not long after that, they stopped depending on their mother's milk & started to adapt to the quality food Nas, my housemate, provides.
However, the cost of caring for them will only increase as they grow...

Last week, we promoted our initiative to give the kittens away for adoption.
However, we had a few conditions...
Anyone intending to adopt any of the kittens will have to:
- neuter the kitten
- feed it cat food, not leftovers
- get a litter box & clean up after them
- care for them like you would your own child

It has been a week & surprisingly there was very little response.
Previously when Nas was paying & taking care of the kittens, everybody wanted them.
Someone even tried to steal one of them!
But I guess noone wanted the actual responsibility of caring for the kittens...
All they wanted was just the fun & games...

Today, 2 of the 5 kittens were taken to SPCA to be given up for adoption.
The 3 remaining kittens were adopted by 3 members of my apartment. 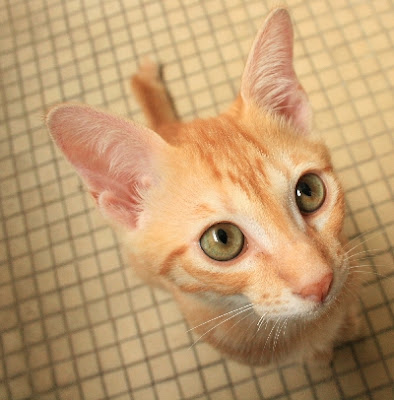 Short Tail was adopted by Nas 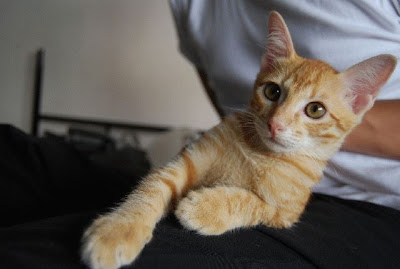 WuNan was adopted by Nesa 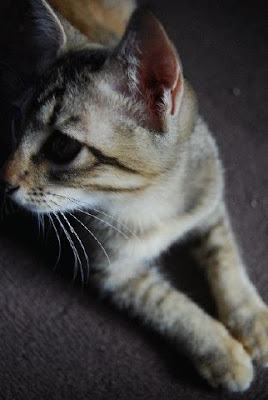 I adopted Shadow!!
She's the most adorable of the lot!
She's laid back & submissive...
She'll let you do anything to her!
You can hold her in your arms, put her on your lap & even push her around!
huhuhu~~~ 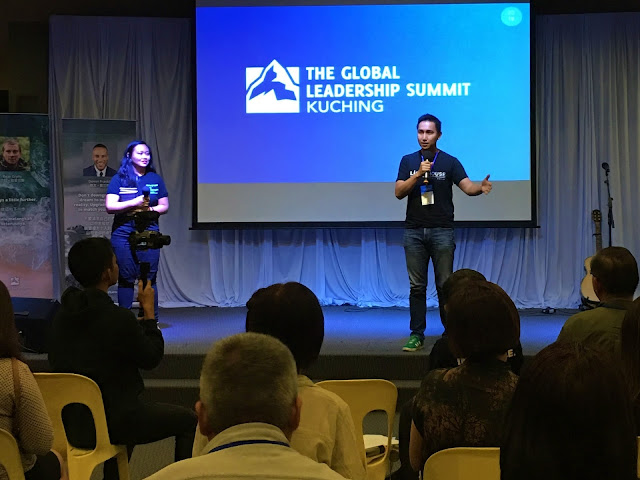