A Persuit of Excellence! 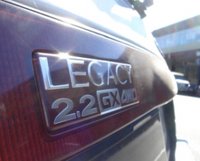 It was a Church Conference but for me it was a conference aka camp! In the early morning of a fine Wednesday, (5am, so you know I didn’t sleep at all on Tuesday!) I left Cumberland in a Subaru for Auckland. On the way we stopped for more ppl, a prayer meeting with others from City Church driving up to Auckland, for d loo and meals. I was in the car with John Newton, Stanley and Lee. The trip took us 10 hrs. I made some new acquaintances on the way too. YEAH!!! 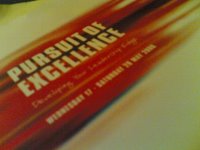 We stayed YWAM hostel for the 3 nights we spent in Auckland. It was a simple place and it was cheap so I wont complain much. Guys slept on mattresses in the hall/living room of the hostel. Girls get the rooms. Why do we always spoil the girls? Lights out at 12am and wake up at 7am. However, I didn’t get enuf sleep… sigh… but even thou I was tired… God cud still touch and move me! YEAH!!! 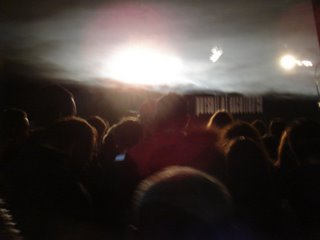 The conference was held at the CLCA church grounds 15mins away from YWAM. They had this gigantic warehouse turned into a conference centre! I thought to myself, wad a big big church! But big churches do not change a nation or make a difference… it’s Jesus’ love. You can have a big church but without Jesus’ love, you are nothing… but it was evident that God was with them… for when we gathered together to worship God in the warehouse… God was moving… God was healing… My heart was renewed. Thank you, Jesus. I feel so light now… so well equipped to worship and serve you! YEAH!!! 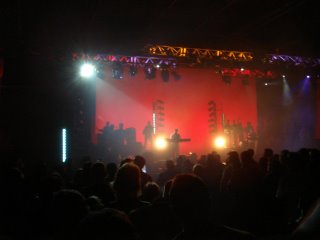 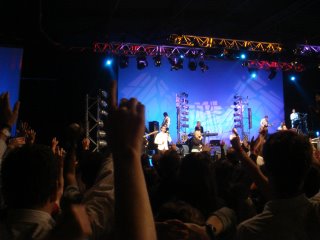 Now lemmie tell you about this awesome conference where God moved, touched, changed, renewed and challenged me. There was a line up of excellent speakers, experienced men and women of God with plenty of anointing and wisdom. I also found that they were really deeply rooted in the Word and they loved Jesus! Yippee! There were of course Paul & Maree de Jong of CLCA, Cassey Treat from Seattle, United States, Leon Fontane from Springs Church, Canada and Brian Houston & Darlene Zschech from Hillsong Australia. This line up of speakers are enuf to make any Christian excited and looking forward to an enriching and challenging time. YEAH!!! 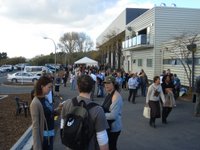 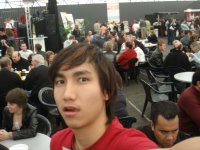 Indeed it was an engaging, enriching and challenging time! There was somehow a strange cohesion and link between the speakers as they seemed to be emphasising different aspects of the same focus. A greater vision and looking for the significant. YEAH!!!

What was the most significant thing to me in my 3 nights 3 days stay in Auckland?
My vision in life has to do with two things. Building relationships/friendships and making an impact/difference everywhere I went. It was my aim, everywhere I went. Great eh?
But I was disillusioned. I lost touch of God. Over the years many hurts, many disappointments wrapped around my heart. Making it hard. Making it insensitive. I was losing touch of God and of the many joys of life.
But as I worshipped God with all my heart and all my might. I felt something very familiar that I had not felt in wad seemed like a long long time… God was tugging at my heart. As I worshipped he ministered to me. Layer after layer was stripped off. Later, I responded to the altar call and asked Jesus to be Lord of my life again.

After that, He helped me move toward my vision! I had more joy! So I cud socialise and interact better! I met a few new friends from Auckland, Hamilton, Otago & esp City Church.
How did God help me achieve my second aim?
My relationship with the City Church folk helped me make a difference in the conference! We were the most noisiest most rowdiest group at the conference! We cheered to God the loudest during worship and we were the biggest group in the conference! But wad really stunned me was even before the gates to the warehouse was open, we were already praising God and glorifying His name outside the door! I am so blessed to be amongst such an impressive bunch of God’s men & women!

Without Jesus, this would have been impossible. Without going to the conference, it wud b difficult for me to find Jesus. But now that I’v gone, I’m encouraging those of you who have not gone, to go to a conference or retreat when you can. 2/3 of God’s name is go anyway… so go!