- December 18, 2010
There I was thinking that I'd have a good quiet break from my duties as Penyelia Kawasan SPM at home in Kuching when my boss called me up suddenly & told me to dress up for a function at Hilton Kuching.
I thought that he was going to hook me up with a rich young lady but instead I was in a hall full of rich married ladies who wouldn't bat an eyelid at me. 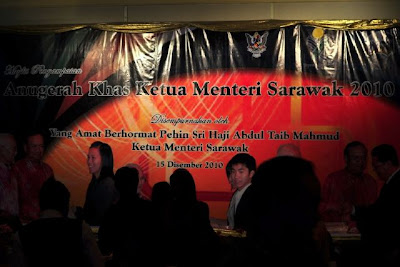 I was called up to take pictures for my principal during the "Majlis Penyampaian Anugerah Khas Ketua Menteri Sarawak 2010".
What could I do? Saya yang menurut perintah...
Although, I did get to blackmail my boss into buying me 2 pints of Guinness after the ceremony... Oh yeah~~~ There's no beer like free beer. 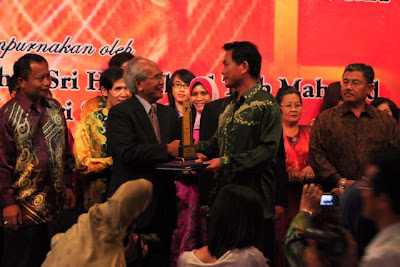 My school was awarded the "Anugerah Khas Ketua Menteri Sarawak 2010 - Sekolah Menengah Cemerlang Pendalaman" for successive years of excellence in education.
We were judged according to our academic, student affairs & co-curricular performance for the past 3 years & we stood head & shoulders above the other rural schools to receive this award. 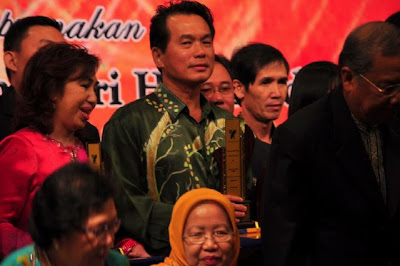 Congratulations to my boss for this award is a great symbol/milestone/memento/vindication of his many years of dedication & outstanding service leading the school.
Let's not forget his slaves aka teachers whom he pushed hard to work hard to push the students to push forward & achieve more.
He should buy all of you a pint or two. 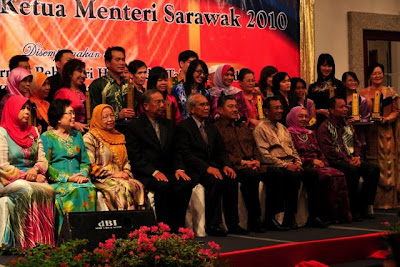 I tip my hat & raise my pint to all of you.
Hopefully, one day I will be involved in achieving something like this & a little bit more.

Not bad for an ulu school, eh?
Productions School