- June 07, 2010
I usually won't bother with writing about tabloid-ish articles from our #1 most read newspaper but this one really ticks me off.
I've got more important things to do like boycotting every Israel-linked consumer product in protest of the commando attacks, eating all the roti canai & kolo mee I can before subsidies are removed & betting legally on England losing the world cup.

A few days ago, I read this in the news (Award-winning teacher’s secret – reading and sex), laughed out loud &, after some thought, shook my head in disappointment.
After receiving a Tokoh NILAM award I believe it was to recognise his outstanding achievements in extensive reading & not his achievements in education as reported in the newspaper, a teacher attributes his energy of being active in school activities to having sex with his wife every night.
The press had a good time with his statement.
They didn't even mention why or how he deserved the award.
I dropped this memory into the Recycling Bin of my brain because his method was moronic, pathetic & prehistoric.

I was happily living my sexless life so sad... until I read this in the news (Don’t read too much into hubby’s book and sex story, says wife).
The wife & children have stepped up to defend the teacher's statement by calling it "honest".
However, as a BM teacher & a person who has read 1000+ books, he should have been able to articulate it better.

I think this was probably what happened at the award ceremony.
First, the press asked him how he found time to read the 1000+ books he had at home.
He probably said that every night he reads one with his wife & have intellectual conversations.
Then, he probably made a cheeky joke about having sex later.
The reporters had a good laugh & may or may not have led him to elaborate on how the nightly sex has helped him stay energetic at work & all the raunchy stuff that you see in the first article.
Now, as in the latest article, his family has to come in to salvage his reputation.

As a teacher myself, I am very embarrassed by this article.
The prestige & perceived professionalism of the teaching profession has just been brought down a notch.
I don't want to be associated with having sex every night.

I want to be associated with passion, determination & following the heart.
Such values inspire people & especially students to reach greater heights in life.

Besides, you don't have to have sex every night to be energetic at work.
If you enjoy your work & are passionate about making a difference, you will naturally be energetic.
No need coffee. No need tongkat ali. No need sex.
Just pure natural endorphins, adrenaline & sheer determination.

We all have something to learn from this... 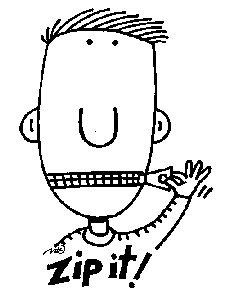 taken from all-about-car-accidents.com
Teachers, either don't talk to the press or be careful what you say to the press (especially if you mention sex).
Teaching