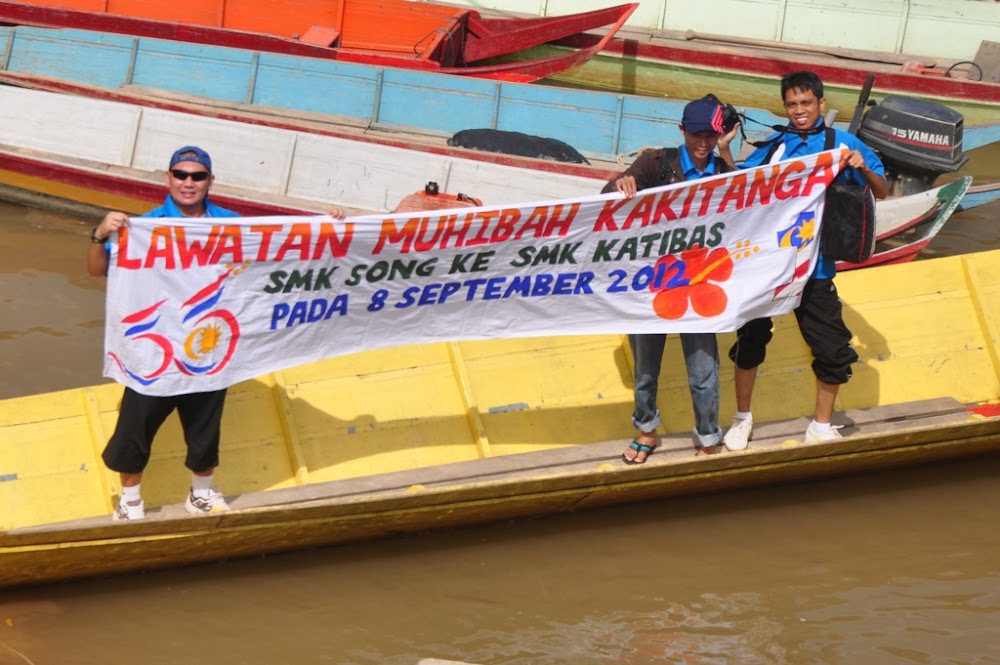 A month ago, the only other Secondary School in our district, SMK Song, paid us a Muhhibah visit. 50+ teachers from SMK Song came in boats & motorcycles to play a few sports games against our teachers. Unfortunately, that was a weekend where a large majority of our 40+ teachers including our principal were not around. In fact, there were only 10-15 teachers around. Still, it didn't hinder us from having a good time. 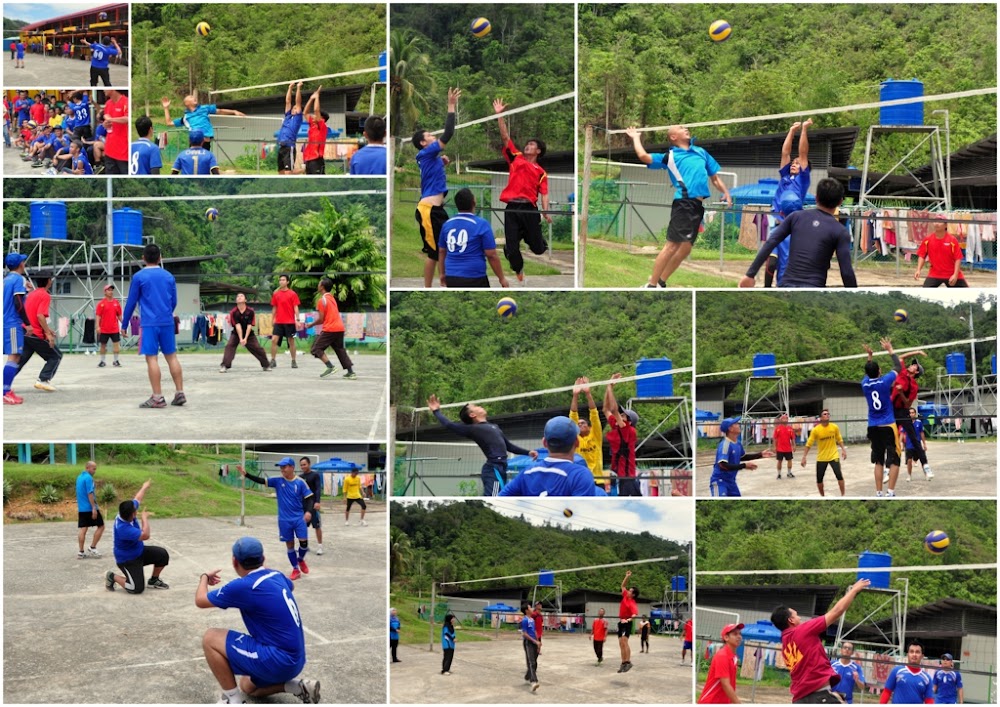 In the morning, we arranged for Netball & Volleyball. Most of the teachers played volleyball. We gave every teacher a chance to play & supported them regardless of their abilities.
I played a few games too. I'm not very good but I did have a good time. 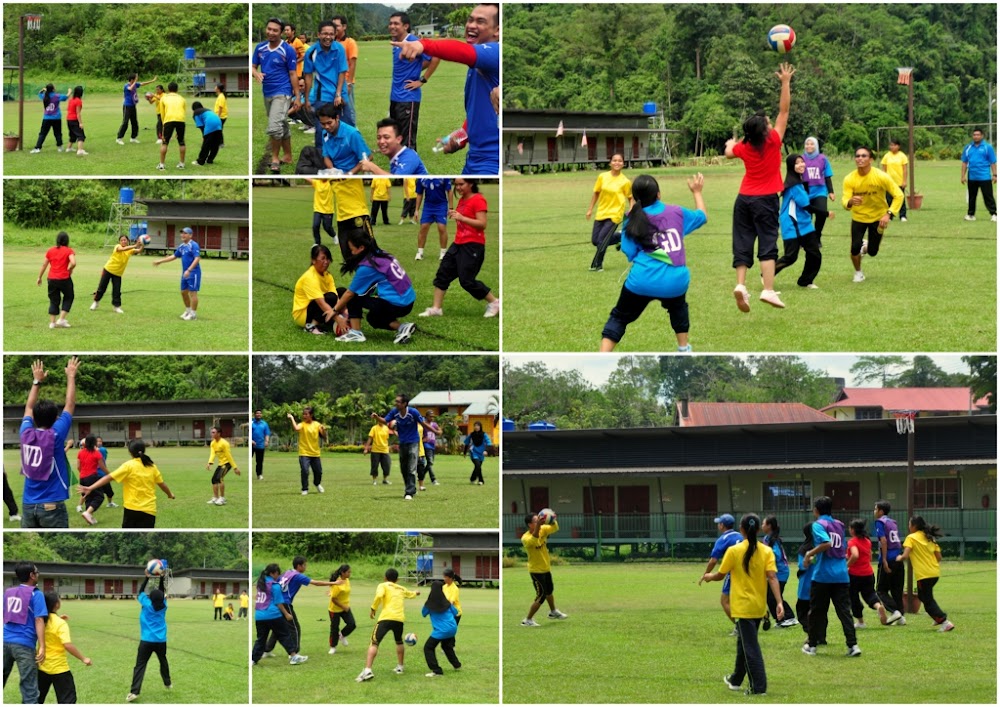 We have around 10 female teachers in our school but, during that weekend, none of them stayed back. So we arranged for the students to play netball against the female teachers from SMK Song. Unfortunately, only 4 female teachers came from SMK Song so we mixed the teams up with both males & females.
I joined in too in the second half. I played GK & nobody could score against me with my height, speed, strength & my long strong arms. hahaha~~

After the games, the teachers from SMK Song went to bathe in the river. Apparently, they encountered a gigantic swarm of bees at the riverbed which forced all of them into the water. It was like a giant black ball of buzzing death. Some of them still had their cellphones in their pockets.
hahaha~~ Hilarious! 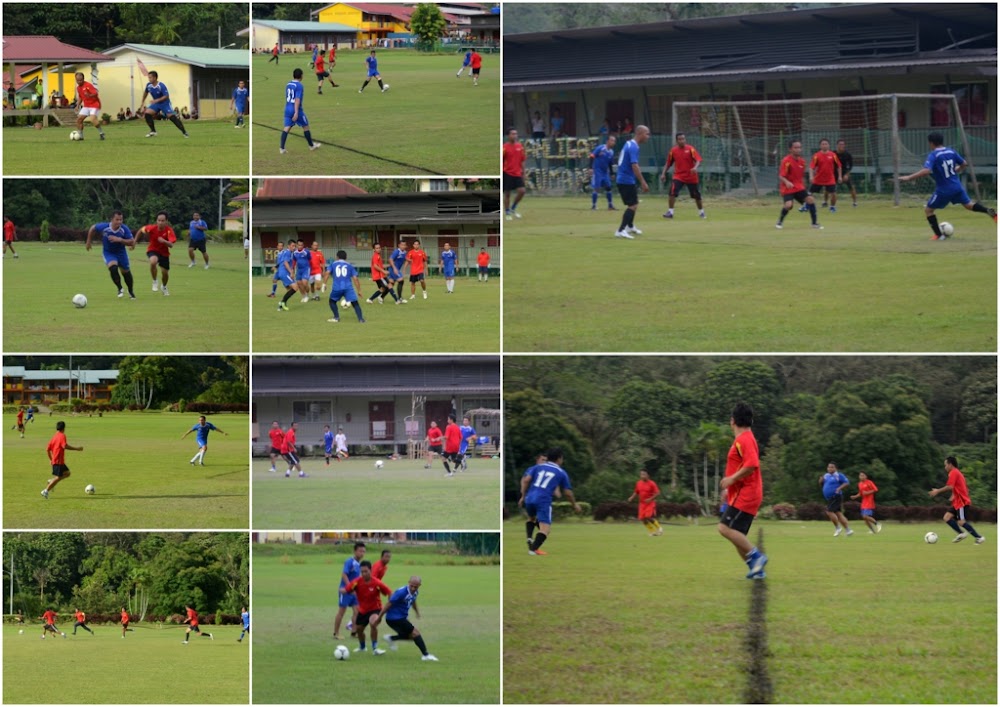 In the afternoon, we played Football. It was the highlight of the day.
Our team trained for 1 month before this game. We played weekly friendlies with the students & had futsal games every day.

I played for 75 min in the 90 min game. I played mostly in the right back position.
Earlier on we were very defensive as the other team tried to break us again & again to no avail. Then, we started scoring. Before we knew it, it was 2-0 after the first half. As our opponent grew tired, we became bolder & started to push up higher. In the end, we won the game 4-1.
I love playing full field football; much more than futsal. However, as I age, I find fewer & fewer friends willing to exert themselves this way. They're either getting fatter or lazier or hindered by injuries. I really cherish rare moments like these.

We're having another friendly on the 17 of October. This time it will be in Song on their home turf.
I wonder how we will do. It's in 2 weeks & we haven't started training yet.
I hope we'll do well. I'm probably going to organise a game this afternoon. Hopefully, it doesn't rain.

Meanwhile, check out all the pictures here on my FB Page.
Adventures School