I Brought Gangnam Style To The Jungle 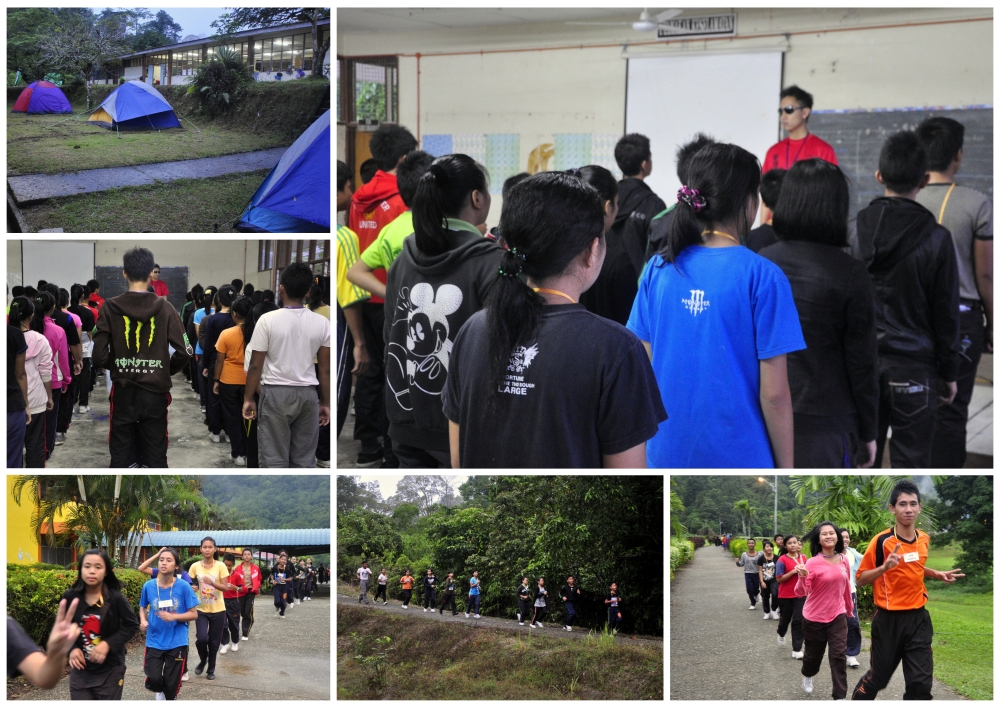 I did the Gangnam Style in the jungle!
I did it yesterday morning during the Uniform Bodies Camp at SMK Katibas. When I was put in-charge of the morning exercises, I thought to myself... why not?

After 1 week of practising every day to downloaded youtube tutorials in front of mirrors smaller than my belly, I made it happen.
Believe me when I say, this dance is harder than it looks. Bloody hard. I'm not the most natural of dancers. So if I can do it, so can you.

It wasn't a perfect rendition of the dance but I enjoyed it &, most importantly, the students enjoyed it.
This was probably the first time most of them heard the song. Some of them even started shuffling at the horse-riding part!
**snicker** So outdated!

I embedded bits of aerobics to parts of the dance & simplified it to make it easier for the students to follow. Of course, I did not tamper with the signature horse-riding part: the best part of the dance.

Honestly, I find K-Pop in general totally unpalatable mainly due to the Korean pride in man-made beauty & their over-reliance in beats & mixes in the songs.
But, I really like Gangnam Style. I feel that it's fun & it doesn't take itself too seriously. A far cry from the overly stylised & sexual themes of the typical K-Pop. Still, I can't understand neither.
There is an excellent translation of Gangnam Style here.

Basically, Gangnam is a classy & affluent part of South Korea where the people are apparently mature & civilised during the day & yet crazy during parties at night.
The song is about the search of a man who is has the Gangnam personality (civilised by day & crazy by night) for a woman who is similar to him.

Check out more pictures on my FB page.
Sorry, no video. I wouldn't want to embarrass myself to the whole world now, would I?
Adventures Productions School