Valentines In The Jungle

As some of you may know, I am the Chief Warden at my school.
For apparent reasons, I have been spending most of my time & resources on the guys.
Owing to their tendency towards absent mindedness & destroying every good thing bestowed upon them, I've bought new gardening tools, 'tikar' mats, decorations, beds, cabinets, mattresses, pillows et cetera for them this year.
The girls are still using stuff from last year because they've taken such good care of them!

Also, the boys here are literally monkeys.
They shriek like monkeys when they're excited & even small misunderstanding with their peers would incite a show of force to see who is the rightful alpha male.
Little do they know, the Alpha-est male is right here writing this blog! haha~~
It's true. I'm called to every small tussle or yell-fest & I am unreserved in teaching them proper manners.
Instead of monkey see, monkey do. I see monkey, I do monkey... HARDER!
Even though I have to knock some sense into them every once in a while & give them the blow-dryer treatment with my vocal training, they greet me happily every day & follow most of my orders esp when I'm there.

Anyway, you can see why I spend most of my time with the boys.
I am their father, mother, teacher, brother, devil, angel, ass-hole, friend, boss & much much more all at the same time!
I give them a lot of my attention by teaching them how to act civilised, maintain cleanliness, turn off the tap, hang their clothes at the right place, how to be useful in the future, etc.
Somehow I like doing that. Probably the paternal instinct in me & also because many of them are receptive.

So, naturally, I felt that I've neglected the girls somewhat.
I stay away from the girls to, of course, avoid scandalous accusations & also because they are perfectly fine on their own.
They are clean, neat, polite & they do not vandalise.
They are also totally obedient. Everything I tell them to do will be done immediately &, the best part is, it will be done so unexpectedly well! Unlike the boys. Bloody, monkeys! The girls would probably jump off a building if I told them to.
Can you see why this makes me feel even worse for not giving them anything this year? 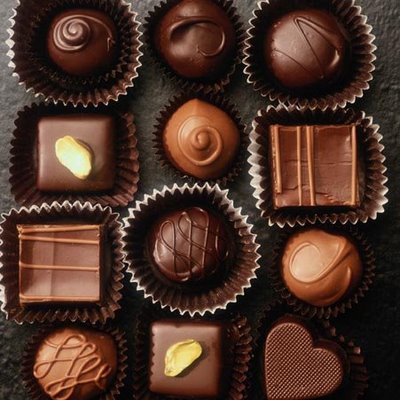 Then, opportunity passed by & I grabbed it with both hands.
I noticed that many of them were giddy & dreamy about Valentine's Day so I decided it was the perfect time to show that I appreciate them. READ: Brainwash Wide-Eyed Love-Curious Girls.
I bought a bunch of Cadbury's Bournville Dark Chocolate that I love so much & costed so much & wrote a love letter to them.
It would be a complete surprise.
I gave the Hostel Head Girl instructions at the last possible minute to gather all the girls before bedtime, read them my letter & give each a piece of chocolate.

I figured that there would be a greater effect if I was not there to give it to them.
It would also add a teeny bit of romance due to the surprise, dim lights, chocolate, sweet words & the absence of my presence. The stuff of dream romances they read in those trashy novels.
In my letter, I praised them to the skies. I encouraged them to keep it up because they were literally perfect to me. Probably a sign that I've been spending too much time with the boys. I also highlighted some of their common discipline problems & also advised them against dating before 18.

I'm hoping that this gesture will keep these young girls on cloud 9 long enough for the next appreciation which might come very much later or never. haha~~
Hopefully, during that time, they will continue being clean, neat, diligent & they'd reduce their discipline problems.

Sometimes an opportunity to touch lives comes & then goes in a blink of an eye.
Stay diligent & keep your eyes wide open for them.
At minimal cost to my pocket & time, I've encouraged the whole female population in my school.
Perhaps you can do the same at your workplace?

Hope this encourages all teachers & esp Ketua Wadens out there who are struggling in the vocation!
Keep up the good work!

p/s: In case you're wondering, I didn't get any gifts from the girls or boys. Sad. I would have appreciated a kiss on the cheek from either. hohohohoho~~~
School The Gentle Sex